I should open this by stating that if you haven't read books one and two of the Gentleman Bastard series (which I highly suggest you do), this post may contain inadvertent spoilers (I know there are some blogs I follow and who follow me that are doing a read along of this book, so I will keep this spoiler free in terms of The Republic of Thieves). 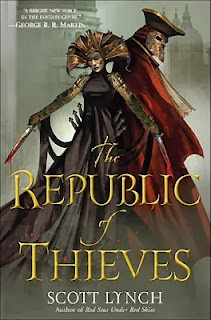 Having pulled off the greatest heist of their career, Locke and his trusted partner in thievery, Jean, have escaped with a tidy fortune. But Locke's body is paying the price. Poisoned by an enemy from his past, he is slowly dying. And no physiker or alchemist can help him. Yet just as the end is near, a mysterious Bondsmagi offers Locke an opportunity that will either save him - or finish him off once and for all.


Magi political elections are imminent, and the factions are in need of a pawn. If Locke agrees to play the role, sorcery will be used to purge the venom from his body - though the process will be so excruciating he may well wish for death. Locke is opposed, but two factors cause his will to crumble: Jean's imploring - and the Bondsmagi's mention of a woman from Locke's past . . . Sabetha. The love of his life. His equal in skill and wit. And now his greatest rival.

Locke was smitten with Sabetha from his first glimpse of her as a young fellow-orphan and thief-in-training. But after a tumultuous courtship, Sabetha broke away. Now they will reunite in yet another clash of wills. For faced with his one and only match in both love and trickery, Locke must choose whether to fight Sabetha - or to woo her. It is a decision on which both their lives may depend.

"Life boils down to standing in line to get shit dropped on your head.  Everyone's got a place in the queue, you can't get out of it, and just when you start congratulating yourself on surviving your dose of shit, you discover the line is actually circular."

Scott Lynch has a way with words.  I don't say this about many authors.  Patrick Rothfuss falls into this category as well.  Ok.  Let's hold the train a moment.  Patrick Rothfuss writes prose as if it were poetry.  Words flow effortlessly into a whispering wind of elegance and beauty.  Scott Lynch takes Patrick Rothfuss' "way with words" and turns off the profanity filter.  His characters cuss like...  someone that cusses an awful lot.  But there is an elegance to it.  The dialogue is still deeply philosophical without being preachy about it, lovelorn without being overly dramatic, humorous without ruining the drama.

The Republic of Thieves is part three of The Gentleman Bastard books, and Mr. Lynch carries Locke and Jean into another situation they will need to lie, cheat and steal their way through.  Mind you, book three is nothing like book one or book two of the series.  Scott is not afraid to take his characters in new directions (maintaining decisions within character).  Book one was a fantasy "Ocean's Eleven." Book two was a retooling of "Pirates of the Caribbean" (not to say it was an outright copy or anything, but any fun/funny piracy has the PotC feel nowadays).  Book three puts the con artistry in the backdrop of an election scandal.  In the end, this book is more about Locke and Sabetha than any con.  A love story told through a play, childish pranks, and an election. 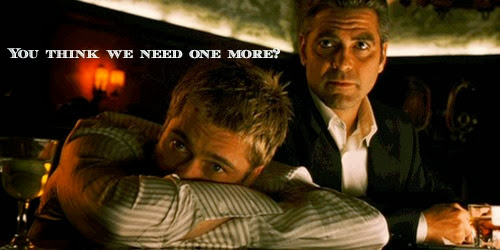 If I had one criticism to the previous chapters in the life of Locke Lamora, it would be Scott Lynch's use of "Interludes" to tell the backstory.  All three novels are told in two time periods - the "present" scam and the "interlude" (which takes place earlier in the life of Locke).  I don't entirely have a problem with the use of two time periods; however, in Lies (book 1) the "interlude" periods went from an explanation of Locke's childhood to exposition of city life, backstory to obscure characters, and explanations of various aspects of Camorri civilization.  Republic does away with the exposition and gives us two concurrent stories...  present and past.  It gives us the meeting and development of the relationship with Sabetha as well as the reunion with her.  It's two stories for the price of one.

I was slightly disappointed in the "origin" of Locke (assuming it turns out to be true).  Hopefully that gets downplayed a little in the next novel.  I am, however, looking forward to the comeback of the other character (leaving that intentionally vague).

Simply put, The Republic of Thieves was a fun advancement of Locke's character, a nice introduction to Sabetha, and a great setup of the next book. 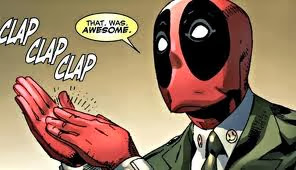