Mice and Mystics - Board Game Review 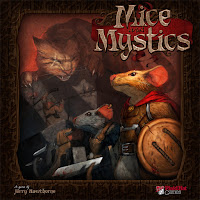 I was a bit of a what you might call a "late bloomer" when it came to my geek cred. My youth was primarily spent playing video games (when I wasn't doing actual outdoors-y type things... Outdoors? Really?). It wasn't until only recently that I first played some Dungeons & Dragons. I was instantly hooked. Now, Dungeons & Dragons is fantastic, but the problem is you need a pretty sizable group to play. Let's face it, without a DM and at least three others, the game isn't going to far (this is in my experience. Not to say you couldn't play with three). My D&D group only meets monthly (if that) and there are just some times that I need a fix. That's where Mice and Mystics comes in. Mice and Mystics is a cooperative board game that is almost like D&D Lite. 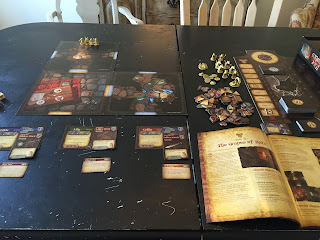 What makes this like a lite version of D&D (or whatever your RPG of choice is) is that it is a cooperative game that is playing a story with combat resolved via dice rolls; however, it does not require a DM to moderate. In that respect, you can even play the game solo. Gaming group going to be short a few people? Bring out Mice and Mystics and play. No need to create characters or have someone tell the story. The rulebook creates the means for which the enemies attack and what your goals are. The story book creates the story. It's set up in Chapters, so you can play a little or you can play a lot. There are A LOT of components, so the game isn't too lite, yet the theme is cute enough to use the game as a gateway into the RPG world. Now, in order to get little ones involved they'll need quite a bit of coaching. 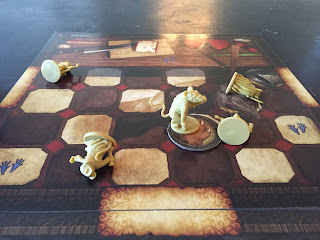 Now, last thing to note, just because Mice and Mystics is more or less a stripped down version of an RPG doesn't mean that the game is in any sense particularly easy. Easy to learn? Somewhat. However, someone somewhere said that coop board games should only be fully winnable something like 25% of the time, and while some Chapters of the game are easier than others, some are just plain HARD (as evidenced by all those sideways mice in the pic to the left there).

Definitely a great game with expansions already out to further the story of Collin and the crew. 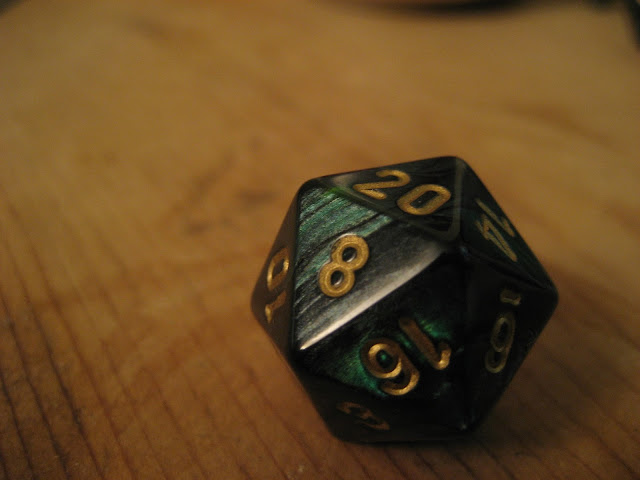