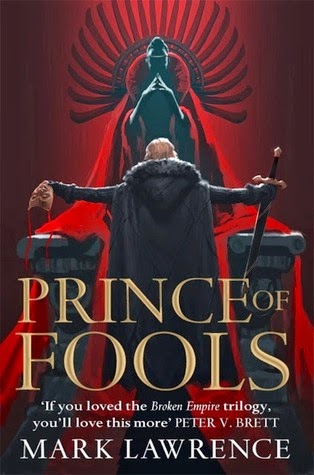 For the synopsis (per Goodreads) go here (decided I'm not typing those out anymore).


Review:
Everything made perfect sense when we were children.  Your sister wanted to take your toy (or maybe she was just standing where you didn't want her to), so you gave her a little shove, and when she went crying to mom you did what any four year old knows is the only option.  You run.  You hide.  (I know my tenses are messed up, but that sounds better than "you ran, you hid" and I'm not making money off this stuff so grammar be damned). Mom would NEVER notice the bulging curtains with feet sticking out, or the fact that the throw blanket on the couch was now on the floor in a giant, giggling pile.  It just made sense.  As trouble was coming, you forgot about the honor that is admitting your faults and accepting your punishment, and you got out of its way.

Some of us never outgrow this.  Case in point, Jalan Kendeth, our next Point of View through the Broken Empire.  Those of you that have read Lawrence's other works - The Broken Empire trilogy following the murderous rampage of Jorg Ancrath (reviews here, here and here), will find something new here in a familiar setting (along with some cameos by some familiar characters).  Those of you who haven't read The Broken Empire trilogy...  what have you been doing with yourselves besides missing out on good reads?  Incase you are wondering, yes, you can read Prince of Fools without having read The Broken Empire, but having read those books adds to the experience.  And though this is written EVERYWHERE anyone talks of this book - Jalan is not Jorg.  Though this book has some dark undercurrents, it is much more lighthearted (not entirely sure that's the right word, but you get the idea) than the gut-wrenching journey Jorg led us through.

Prince of Fools follows Prince Jalan of the Red March as he and an unlikely companion, the viking Snorri ver Snagason (fantasy needed a good dose of viking...  thanks, Mark), deal with magics they don't fully understand in a quest for escape/revenge (depending on your point of view).  It is a tale of a budding friendship, a tale of a revenge, and a tale of growing up (or not).  It is both dark and humorous, both sentimental and hard-hearted, both new and familiar.

I'm not feeling incredibly verbose today, so I'll end with "read it" (4/5 on Goodreads) and give it: Kiss-My-Anthia 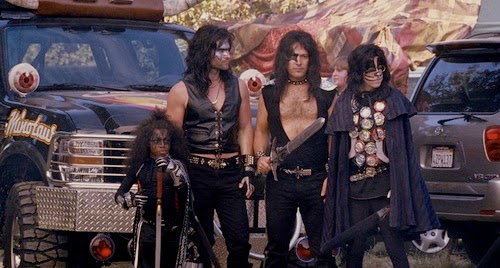