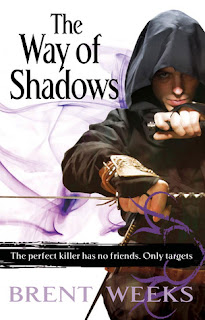 Synopsis per Goodreads:
For Durzo Blint, assassination is an art- and he is the city's most accomplished artist.

For Azoth, survival is precarious.  Something you never take for granted.  As a guild rat, he's grown up in the slums, and learned to judge people quickly - and to take risks.  Risks like apprenticing himself to Durzo Blint.

But to be accepted, Azoth must turn his back on his old life and embrace a new identity and name.  As Kylar Stern, he must learn to navigate the assassins' world of dangerous politics and strange magics - and cultivate a flair for death.

Review:
This book started with a few strikes against it (having nothing to do with the book itself or the author).  Thus far in 2013, the books I've read have been heavy on the fantasy side, with a small smattering of science fiction (plus the Joe Hill book).  As such, upon finishing Codex Born - a book I was really looking forward to - I had wanted something different.  My "to-read" shelf holds Insane City by Dave Barry and The Ocean at the End of the Lane by Neil Gaiman.  However, I consider both of these library books, and my local library had both checked out at the time. So, I stared at my bookshelf, and LE insisted I pick up The Way of Shadows.  I read (and loved) Weeks' Lightbringer books, and LE and I have this thing where we can insist the other read something, so it jumped to the front of the list even though I was not in the mood for fantasy.  Strike One.

Strike Two is that I have already read the Lightbringer books, a series started by Weeks after the Night Angel trilogy.  After reading a few pages of The Way of Shadows it became obvious that his skills as a writer have greatly progressed with experience. 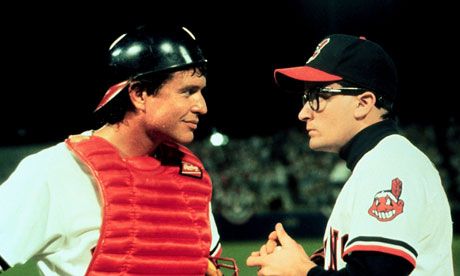 But I pressed on.  And because of my own mood, because of some other household things, it's taken me a month to get through the book (does not necessarily reflect the quality of the story - maybe a little - keep reading).

The story follows Azoth, the guild rat, as he transitions to Kylar Stern, the wetboy (let's call it magic assassin).  The novel portrays the abusive life of a child's growing up on the streets, the politics of war, and complexity of emotion.  Azoth starts out as a young child, living a tormented life of poverty, and follows his leaving of that life behind to train with Durzo Blint to become a magic assassin.  He changes his name, he makes friends and enemies, he kills, and all of this is over the course of 10+ years in training. 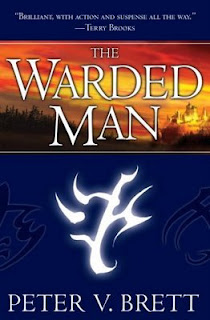 Much like Peter V. Brett's Demon Cycle books, the most interesting points of the book take place at the end of the character's growth (after the x year jump to the character's settled age for the remainder of the story).

Thus, this book dragged for me in the beginning (and I use the word "beginning" loosely).  The e-book I was reading was listed at 497 pages (so, let's round to 500 for easy math).  The most interesting and exciting part of the book accounted for approximately 30% of the total (roughly 150 pages).  Those 150 pages were fantastic; fast-paced action, character revelations, plot advancement, the Brent Weeks twist (not nearly as twisty as Lightbringer, but Weeks is certainly the M. Night Shyamalan of the fantasy novel world - but better than M. Night and his recent goofy stuff).  But the preceding 70%, the slow character development and world-building, I really struggled through.  Maybe this was due, in part, to my own anti-fantasy mood.

Which begs the question, how do you rate this?  My gut reaction after finishing the novel was three 1/2 stars (feeling torn between three and four), which I rounded down to three ("liked it" in Goodreads speak).  I did give The Warded Man a bigger break for the slower introduction and a higher rating, so maybe I need to rethink this.

Part of the problem is having read Weeks' Lightbringer books first.  Those books were so original, so unexpected, and I loved every page.  The Way of Shadows just did not live up to his later works - and that makes sense in a way.  I took creative writing.  You get better by writing, writing, writing.  And though 70% of the book was on the slower side, that last 30% was fantastic.  It took me a month to read the book - I read that last 30% in maybe two days (which leaves me a little more excited about moving forward in the trilogy than I had been).  So, I will revise my rating to three 1/2 stars, rounding up to four ("really liked it") for a fantastic ending and future potential.

On a side note, the cover art of the third Lightbringer book was recently released. 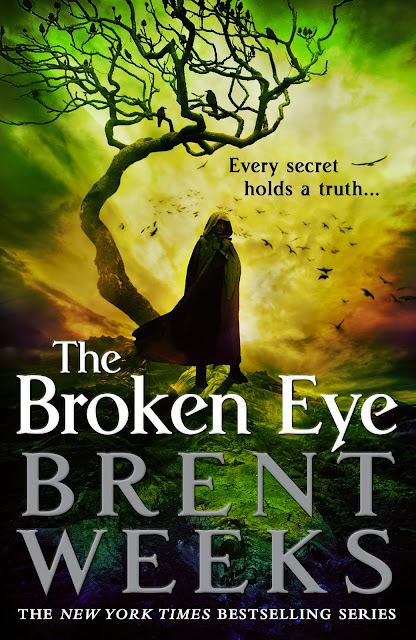 I love the strangeness of the color choice.
Posted by Douglas at 10:17 AM