Synopsis (per Goodreads) (slightly spoiler-y if you haven't read Libriomancer): 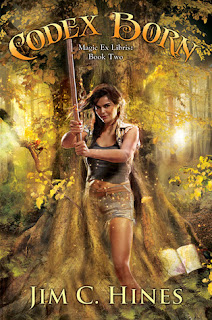 Isaac Vainio's life was almost perfect.  He should have known it couldn't last.

Living and working as a part-time librarian in Michigan's Upper Peninsula, Isaac had finally earned the magical research position he dreamed of with Die Zwelf Portenaere, better known as the Porters.  He was seeing a smart, fun, gorgeous dryad named Lena Greenwood.  He had been cleared by Johannes Gutenberg to do libriomancy once again, to reach into books and create whatever he chose from their pages.  Best of all, it had been more than two months since anything tried to kill him.

And then Isaac, Lena, and Porter psychiatrist Nidhi Shah are called to the small mining town of Tamarack, Michigan, where a pair of septuagenarian werewolves have discovered the brutally murdered body of a wendigo.

What begins as a simple monster-slaying leads to deeper mysteries and the discovery of an organization thought to have been wiped out more than five centuries ago by Gutenberg himself.  Their magic rips through Isaac's with ease, and their next target is Lena Greenwood.

They know Lena's history, her strengths and weaknesses.  Born decades ago from the pages of a pulp fantasy novel, she was created to be the ultimate fantasy woman, shaped by the needs and desires of her companions.  Her powers are unique, and Gutenberg's enemies mean to use her to destroy everything he and the Porters have built.  But their plan could unleash a far darker power, an army of entropy and chaos, bent on devouring all it touches.

The Upper Peninsula is about to become ground zero in a magical war like nothing the world has seen in more than five hundred years.  But the more Isaac learns about Gutenberg and the Porters, the more he questions whether he's fighting for the right cause.

One way or another, Isaac must find a way to stop a power he doesn't fully understand.  And even if he succeeds, the outcome will forever change him, the Porters, and the whole world.

Well, there certainly wasn't any holding back on that synopsis.

Jim Hines has managed to tap into what every fanboy/fangirl has ever dreamed of with his Magic Ex Libris series.  We read these fantastical tales of swords and sorcery, of lasers and space travel, and who secretly (or not so secretly) wouldn't want to reach into A Game of Thrones for their own dragon egg or wouldn't dry themselves off after a steamy shower with Arthur Dent's white towel?  The premise is genius.

However, a strong premise may garner interest in a novel (mutant octopi, after stumbling across Neptune's trident, are mankind's only hope against zombie Justin Bieber and his horde of Zeliebers - maybe I look into that; note: has nothing to do with Codex Born), but if the characters are weak, undeveloped, non-relatable, that interest quickly drowns out in a sea of undead pop tarts. 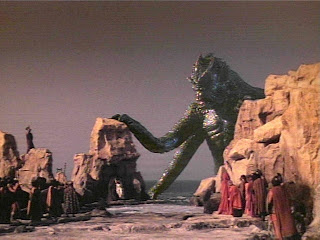 Codex Born continues to develop the characters of Isaac and Lena, with chapter-opening segments giving the reader the emotional backstory of the dryad, Lena Greenwood.  Smudge - I can't imagine anyone not wanting their own fire-spider after reading these books.

Three days.  That's how long it took me to read Codex Born.  Looking at my Goodreads history, I have read 17 books so far in 2013 (over 221 days).  So, on average each book has taken me approximately 13 days to read.  Three days.  This does not mean I had more free time (job, two kids; free time is always inconsistent at best).  Further, I am not one of those "I was up all night because I couldn't put the book down" kind of people.  No, 11:00 hits and my body tells me it's bedtime whether I like it or not (was it really that long ago where I would just be leaving the house to go out at 11:00?).  This book lends itself to finding time to read (maybe my lunch "hour" was off a bit over those days).  Between the non-stop action, the humor, the suspense; one does not simply put it down for later.

Since I read Libriomancer prior to start-up of this blog, I never did write anything about it here.  My Goodreads review was simple: "This book was a fast, fun read, with a clever premise." (5 stars).  The same can be said for Codex Born, which may also be one of those rare exceptions that surpasses the predecessor.  I am now eagerly awaiting book three to see how the fallout to Codex Born's resolution is handled (must prevent self from fanboying out and nagging the author to write faster). 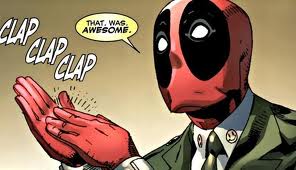